Last year we lost a lot of big names.  In this newsletter we plan to address two of those big names and the vast difference between their estate plans.

First Aretha Franklin, who everyone knows as the Queen of Soul.  She had a catalog of hits many loved and remember fondly.  Ms. Franklin lived in Detroit and passed away in her home.  Unlike California, the state of Michigan has a very different Probate process.  Ms. Franklin was a huge star but passed away with no estate planning documents.  She leaves behind a partner, whom she never married, and 4 sons.  Her sons have filed documents in a Michigan probate court and listed themselves as interested parties in her estate.  This also means her finances will be made public should others come forward with claims against her estate -whether it be creditors who want to be paid or extend family who come forward hoping to get a portion of her wealth. 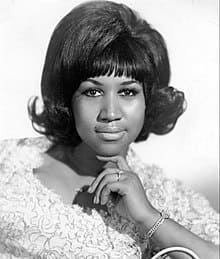 Probate court has several requirements.  First, someone will need to be appointed the personal representative.  It could be one of her sons or maybe an attorney.  Once a personal representative has been chosen by the court they will need to pay her finals bills.  They will be tasked with coming up with with a list of all her assets and in the end, they will be responsible for distributing these assets, most likely to her sons in this case.  Probate court in California can take years to settle.  Michigan may be significantly faster.  But with an estate as large as Ms. Franklin’s it may not be so quick.  They will need to account for her music catalog and the royalties she receives.  There may be battles with family members who believe they are entitled to a piece of her wealth.

It is unfortunate she did not have any estate planning documents in place.  Even though her attorney has told the press he was on her for “a number of years” to prepare a Trust.

We encourage all our clients to get the proper estate planning documents, do not hesitate.  It could save your family a lot of money and time after your demise.  And while they are grieving is not a good time to deal with these problems.

Our second big name star was Anthony Bourdain.  Anthony Bourdain was known as a hot-head chef who began his TV career by taking viewers on a tour around the world to “Parts Unknown.”  He would do a Layover in cities and countries far and wide – he traveled to India, Singapore, France and even Japan.  His many shows aired on CNN for several seasons.  He was greatly admired by many.  Unfortunately, Bourdain took his own life while filming one of his shows overseas.  Bourdain’s primary residence was in New York, and he actually had all his estate planning documents in order.  Bourdain had a trust that left his ex-wife in charge and made his only daughter, who was 11 at the time, the sole beneficiary.  She stands to inherit several million dollars and some real estate.

The entire process will be kept private, as it should with Trusts.  His daughter will receive money for her healthy, education, welfare, and support.  The daughter’s mother will be in charge of handing out the money.  The trust will also determine at what age the daughter will get it outright.  There could be educational incentives, where if the child completes a 4-year college and receives a degree she can receive more sooner.  He may have provisions in there that provide for the child to travel.  Luckily for Bourdain all these terms/provisions are kept private and his young daughter will be able to grow up and not worry.

Need help with your estate plan?  Have questions about the documents you have in place?  Give our office a call. The new year is good time to review your estate plan.  818.887.9401.